Are salmon doomed? Nick Bond will examine this question. 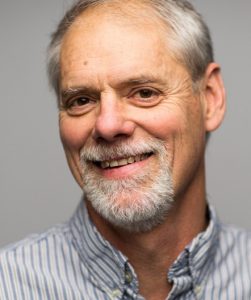 An environmental necessity, a vital economic resource, and a cultural symbol, salmon play a fundamental role in the Pacific Northwest — but they are in trouble.

Climatologist Nick Bond will talk about the plight of salmon — and the role of “citizen scientists”— at the Redmond Historical Society Saturday Speaker Series on Sept. 14 at the Redmond Senior Center. Bond is speaking courtesy of Humanities Washington.

With warming oceans, environmental degradation, and lowering genetic variability, wild salmon populations are dwindling, according to a press release. Bond explores the past, present and possible future conditions for salmon in the state. He will share lessons on how local communities have accomplished important work to support salmon runs, but will also take a hard look at the realities that climate change poses for this regional treasure.

“Virtually all of the municipalities in the Puget Sound region recognize that climate change will bring new challenges, including the potential for greater flooding in winter, and longer, drier summers,” Bond said in the release, noting that communities can help with monitoring the salmon in our local habitat. “With regards to monitoring, citizen science is becoming increasingly valuable for keeping track of invasive species, reporting on spills and in some cases, participating in sampling.”

There are a variety of ways to get involved.

Bond is the Washington state climatologist, a position created by the state to serve as a credible and expert source of climate and weather information, the release states. He earned a doctorate in atmospheric sciences from the University of Washington, and is now a principal research scientist with the Joint Institute for the Study of Atmosphere and Ocean with the College of the Environment. Bond is also on the Science Panel for the Puget Sound Partnership, which focuses on the actions needed to recover and sustain the Puget Sound ecosystem. He lives in Seattle.

The Saturday Speaker Series is presented by the Redmond Historical Society on the second Saturday of the month, with three programs each in the fall and spring. This month’s event will be at 10:30 a.m. at the Redmond Public Safety Center at 8701 160th Ave. NE in Redmond. Topics include local, state and Pacific Northwest historical interest. There is a suggested $5 donation for non-members.