I am an environmental science major at the University of North Carolina Wilmington. This summer, I was placed in the Carbon group at the Pacific Marine Environmental Lab (PMEL) to research ocean acidification. My mentor was Dr. Sophie Chu and we worked on correcting a CO2 measurement error. To track ocean acidification (OA), NOAA PMEL maintains a network of buoys containing Moored Autonomous partial pressure of carbon dioxide (MAPCO2) systems at various locations. The CO2 detector in the MAPCO2 system is an infrared gas analyzer called the LI-COR 820. The LI-COR 820’s measurements of partial pressure of CO2 were slightly influenced by band broadening, which is when water vapor bands overlap with CO2 bands. This means that CO2measurements are a little higher than they should be. The goal for my project was to apply the band broadening correction to five data sets across different temperature ranges to increase CO2 measurement certainty. We inferred that locations in warmer climates, that have a higher amount of water vapor in the air, will have a larger band broadening correction. Based on the end results, our hypothesis checked out, but that was only after 9 weeks of research, so as always, we recommend more testing! Overall, this summer experience was really fun, and Dr. Chu is an amazing person to work with. If you’re placed with her, you are very lucky! 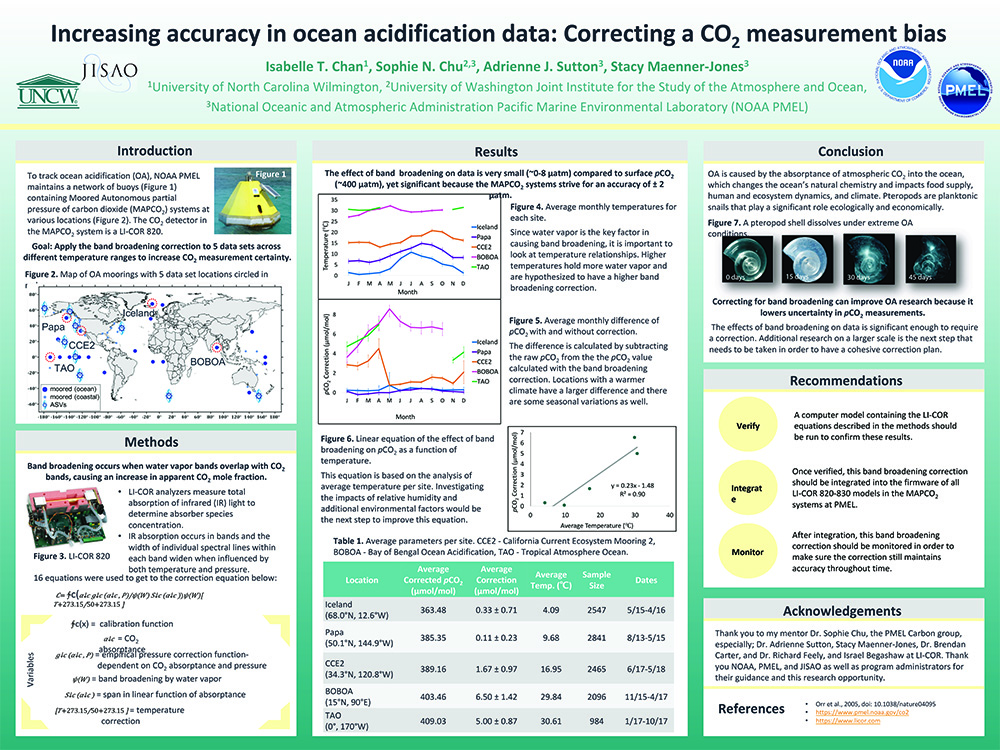